I was just checking out Kinkylads today and found this very talented guy named Mario. As you’ll see from the following photos, he’s a bit of a contortionist and he can also suck himself off. Of course, to make it all the more interesting for us, he’s wearing a red Bike Jockstrap, which when he wraps his legs up around his head, the straps create the pefect frame for his very sexy butthole. Now if that’s not art, then I don’t know what is? 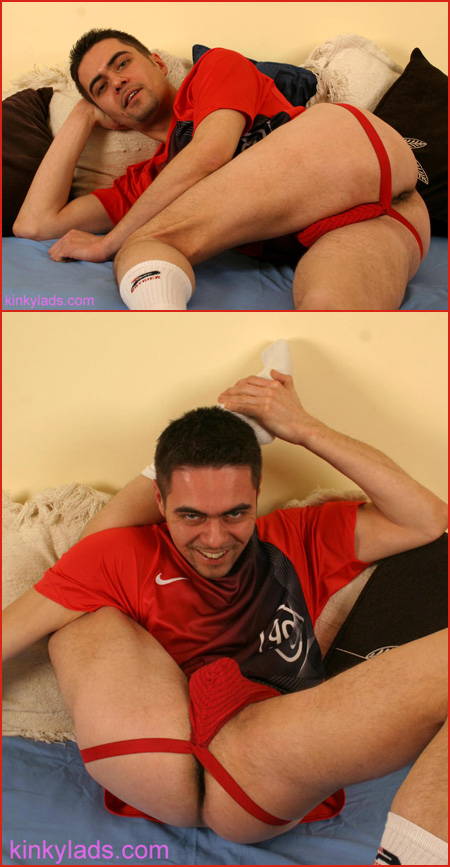 Kinkylads is owned by the British guys at Sportlads, and the concept is pretty cool – they fulfill fantasies. Their members will write in with a scenario, and they’ll shoot it – both photos and videos. The photos are great, and the videos while crisp and clear could be a bit larger for my liking, but they’re still completely enjoyable. The guys are mostly young and very British, in that they’re often cute and sexy, but not so typical.

Just a sampling of the themes of their multitude of shoots is: medical fetish, sports kit, jockstrap (of course), cross dressers (one set), diapers, mud wrestling, leather, balloons and food (don’t ask!), culinary exploration (fun with a squash), uniforms and lots more craziness.

END_OF_DOCUMENT_TOKEN_TO_BE_REPLACED