Was checking out BentleyRace and lately Ben’s been getting a lot of his guys in football sports kit (not American football!) which I really love, especially when that kit includes a jockstrap. Well, Matthew here is one of the latest and he’s pretty hot. Not only is he handsome with fantastic eyes, but he’s also got a dick that will make you drool. It’s one of those dicks that’s as equally impressive soft as it is hard – you know the type that hangs low with a set of complimentary balls. If there’s such a thing as a masculine dick, then this is it.

Matthew is wearing a white SafeTGard jockstrap and it couldn’t be a better fit with it’s pouch straining to contain the massive bulk of his package and the straps behind perfectly framing one of the nicest Australian bubble butts I’ve ever seen.

Most of these photos are from Mathew’s photo set, but the last one is a bunch of captures from Mathew’s video on BentleyRace where you get to see him work that jockstrap, finger his ass and shoot a big sticky load. 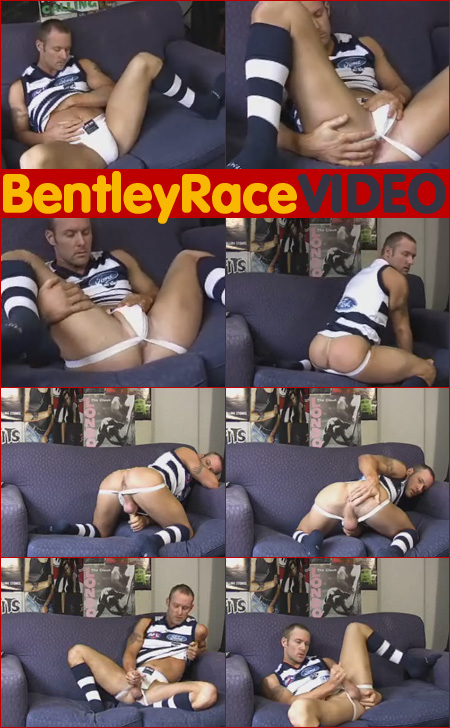