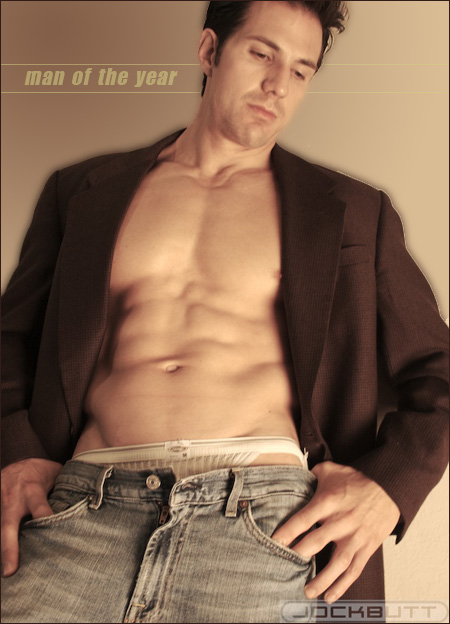 Jockbutt must have been thinking of us over here at Jockstrapping when they added Playgirl’s man of the year, Julian Fantechi to their fantastic site. Our mission both here and at Jockstrap Central is to change people’s opinions on jockstraps. There’s two common mindsets – one is that they are a sports item and two that they are a dirty fetish item. While we agree that they are great both for sports and fetish, we also feel that they are equally as useful as every day underwear and a fashion statement as well. Julian here shows us this perfectly – with his sports jackets and designer jeans pulled down to reveal a nicely worn Bike swimmer jock. Don’t know about you, but I think it’s hot!

Jockbutt is known for their high resolution photographs and videos of bodybuilders and male muscle models in hot, tight gear and this more than often includes jockstraps. That’s why Julian Fantechi fits right in with his finely tuned body and pefectly ripped abs.

There’s more Julian after the jump: 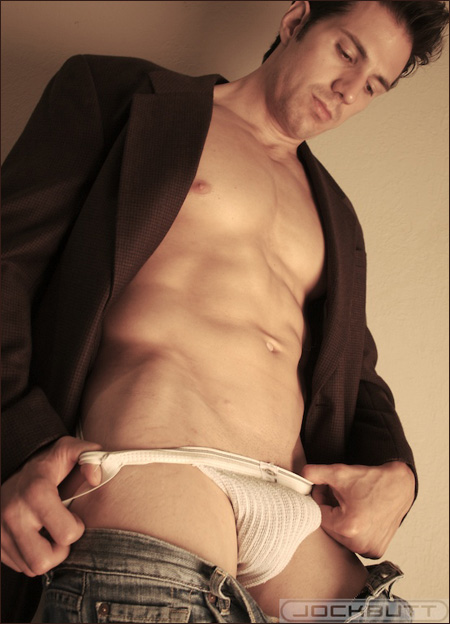 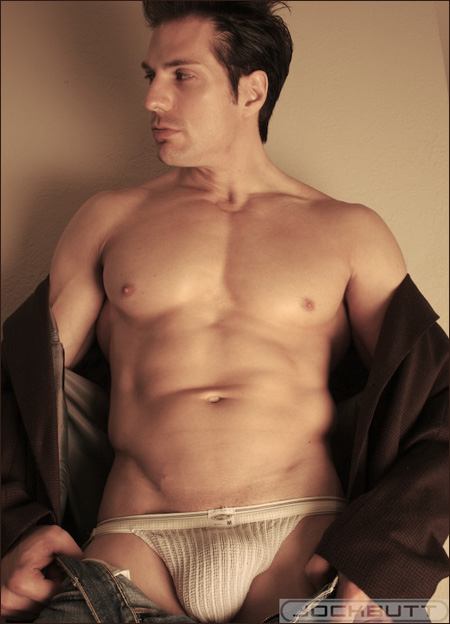 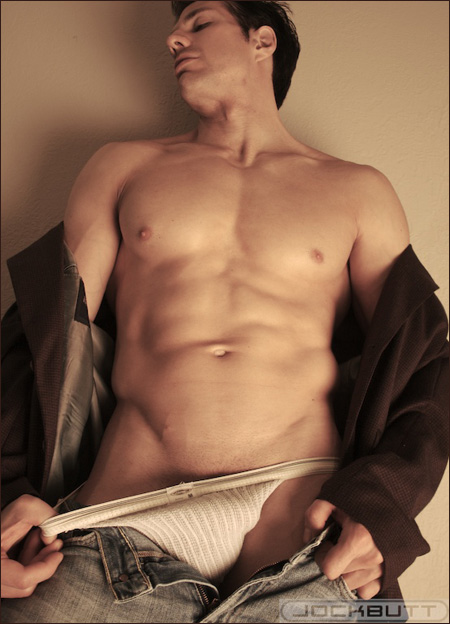 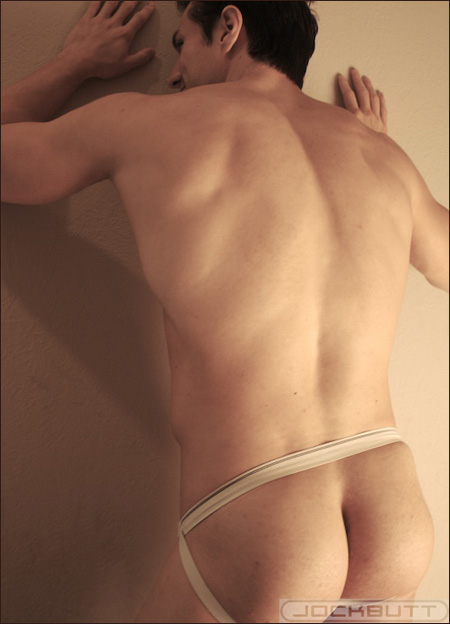 Jockbutt is all about hot guys and their butts. You won’t find a lot of frontal nudity, but you will find a shit load of built guys mostly in jockstraps showing off their incredible asses. They update weekly with some of the highest quality photos and videos around.

CLICK HERE FOR EVEN MORE OF JULIAN AT JOCKBUTT