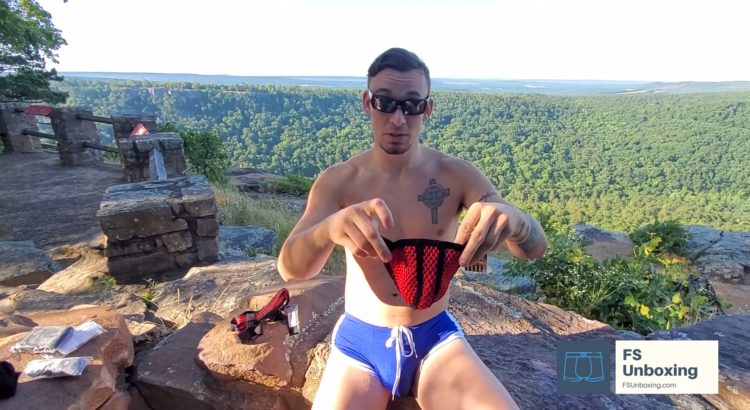 Well, he does a series of underwear unboxing videos where his guys unbox underwear from various sources and try on the underwear. Often it’s styles of underwear the models aren’t used to wearing and the videos are entertaining and hot as hell.

Well, we (Jockstrap Central) wanted to be given the Fred Sugar unboxing treatment so we sent him some of our gear and the first video is now up online – and it’s a good one.

To be honest, we’re still amazed that Cody Hans was able to fit his massive junk (which you get to see in the video) into the Echo Mesh Jock Pouch – but he did, and damn he looks good.

In case you missed the above link: click here to watch Cody Hans Unboxing Video

Can’t wait to see more of Fred Sugar’s guys in our stuff!

Shop for jockstraps and gear at Jockstrap Central.