I guess my little guilt trip from the last “your jockstraps” post worked, as we’ve now had 4 new guys submitting their jockstrap photos! The first up in Jock04401…

Sometimes it may seem like we favor the older guys here on Jockstrapping, but It’s just not true. I do think that the jockstrap fetish is just more prevalent with older guys. Not sure why that is, but maybe it has to do with a generation that grew up having to wear jockstraps in gym class. I think, in general, that no longer happens in high schools. Luckily though, there are lots of younger guys have discovered jockstraps and Jock04401 is one of them – and a good thing too, as he’s looking pretty amazing in his CIN2 and Unico jocks – check him out!

I hope when he says “fat ass” he really means “phat ass”, cuz it’s one of the nicest asses I’ve seen framed in a jockstrap in a long time. 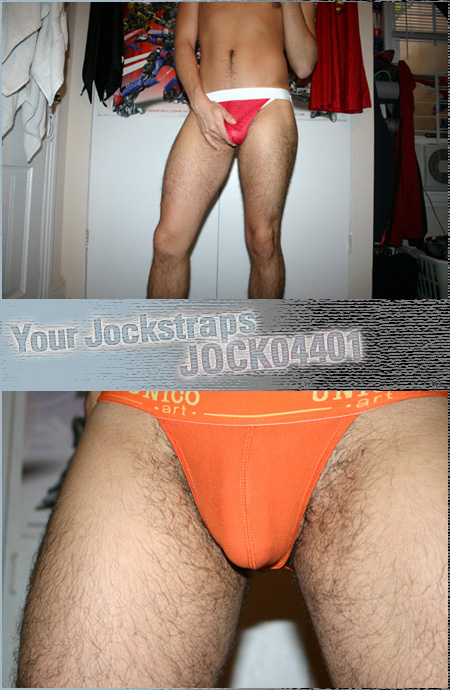 Ok, so here’s your chance to let Jock04401 know what you think of his photos (and that incredible ass.) Just use the comment system below to tell him what you think. To do so, just click the small “comment” link just below this, and write your comment then click the submit button. It won’t show up right away, as we need to approve it first. Once your first comment is approved, then all future comments won’t have to be approved. It’s the only way we can keep the blog free from spam. So…now’s your chance….comment away: