In Toronto this weekend? Looking to see some hot Guys in Jockstrap Central jockstraps? Then maybe you should pay a visit to Alibi at 529 Yonge Street!

Alibi in conjunction with Jockstrap Central, the Toronto Gay Hockey League and the Cabbagetown Group Softball League are helping to celebrate the second anniversary of Alibi with a “Live Jockstrap Auction”.

Fifteen volunteers from both leagues will be wearing a selection of jockstraps generously provided by Jockstrap Central for the earlier part of the evening, then later, when they’ve got just that right amount of man musk, they’re going to be auctioned off to the highest bidder to raise funds for both of the sports leagues! 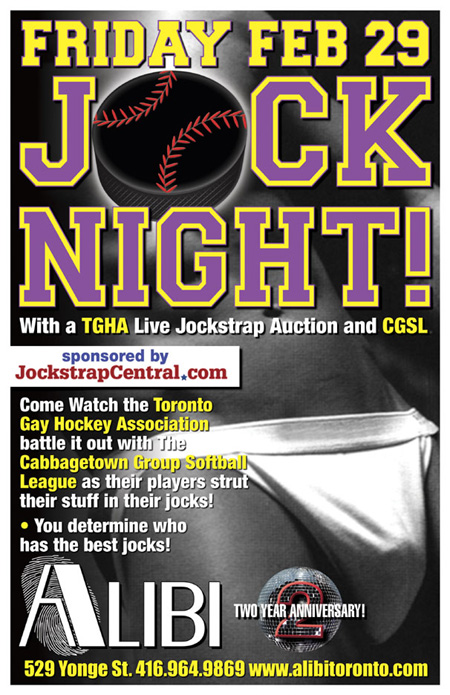 Can’t make it to Alibi on Friday, make sure to stop by on Saturday night. Dance floor sensation Simone Denny will be performing her hit “You’re A Superstar” live! 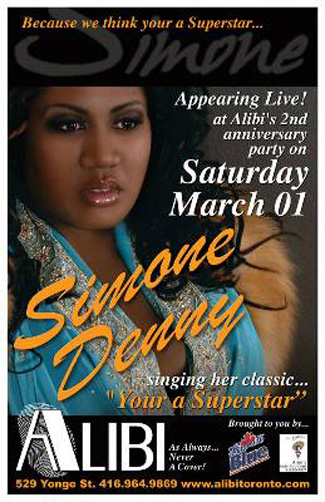